When you think of Mexico, famous beach towns may come first to mind.
But Mexico is more than its coasts. And one place, the ‘Heart of Mexico’, half a day’s drive northwest of Mexico City in the Colonial Highlands, has again been named ‘Best Small City in the World’*. It’s just the latest recognition of the charms of San Miguel de Allende.
6000 feet above sea level in Mexico’s high sierra, with cool, comfortable temperatures and clear mountain air, it’s a far cry from the country’s beach atmosphere – and lifestyle.
Every winter, Canadians, Americans and Europeans flock to San Miguel. Many have second or permanent homes in the city. And it’s more than climate that draws them.

Founded in the 1500’s by a Franciscan monk, San Miguel’s core retains its historic streetscape and a sweeping collection of masterpieces of Mexican Baroque architecture – some considered the best in the country.
In San Miguel, Spanish colonial, indigenous and Creole influences converged in a melting pot and a truly one-of-a-kind culture that honors both European and Latin American heritage.
San Miguel’s colonial center has been declared a UNESCO World Heritage Site. More than individual buildings, the entire neighborhood is preserved so that cathedrals and homes, shops, and public buildings are maintained in their original form. The area preserves its heritage status by insisting even commercial signage doesn’t intrude on the historic atmosphere. 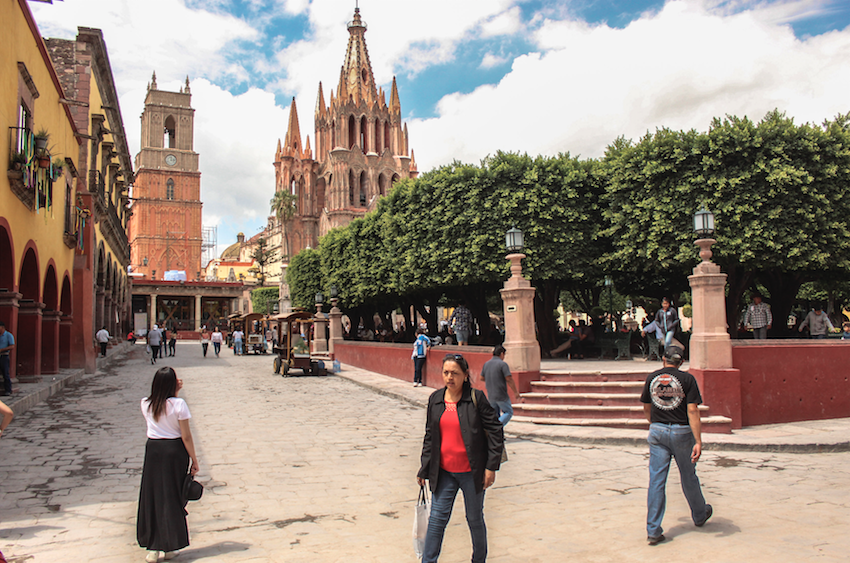 Part of San Miguel’s charm is that it’s a terrifically walkable city.
Wear sensible shoes to wander cobblestone and flagstone narrow streets lined with tile-roofed homes in brilliant hues of yellows, oranges and reds, the grander architectural marvels that integrate heavy wooden doors, arches and wrought iron, shady parks full of playing children and local food vendors, and plazas that frame architectural delights and provide a gathering place for residents and visitors today.
Cafes and restaurants and vendors line the streets and plazas to fulfill your appetite for a café con leche or simple, inexpensive taco… all the way to inventive international cuisine that caters to the global tastes of San Miguel’s expat community. 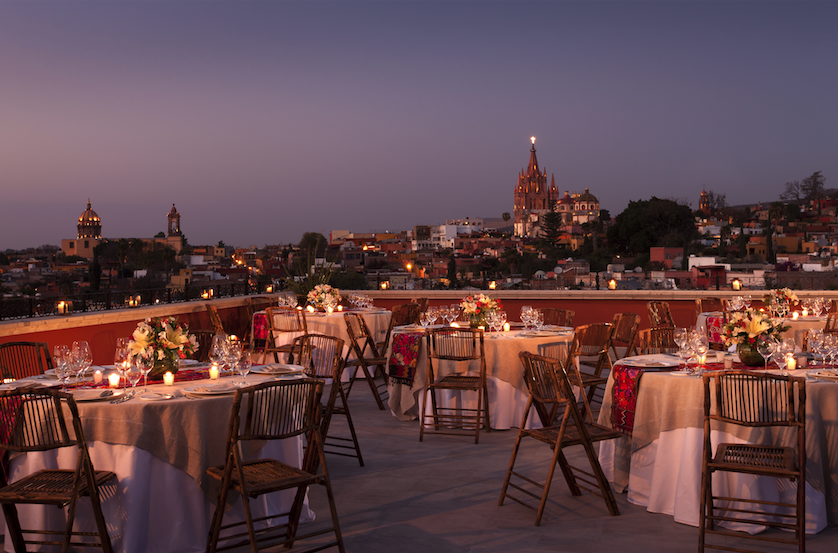 Nearly a third of the hotels considered best in Mexico are in San Miguel, including a perennial first place winner, the Rosewood San Miguel with its famous rooftop terrace overlooking the city – especially magical at night when the monuments are lit! 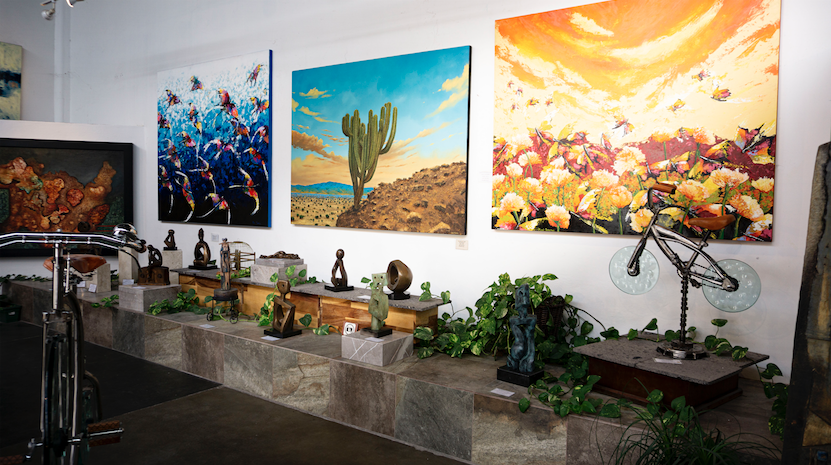 It was WW2 that put San Miguel on the map for foreign visitors and residents. After the war, US veterans covered by the GI Bill started coming to the city to study in its noteworthy school of fine arts, the Allende Institute. Artists, musicians, a host of culture creators took root in San Miguel, as well as expats and travelers who supported the growing cultural community.
Today, San Miguel still has a famously rich arts scene, based on a critical mass of thriving art galleries, an abundance of live music and theater, and an engaged community that participates and supports the city’s unique creative lifestyle.
That also makes San Miguel a famous shopping destination, especially for modern and folkloric art, so plan ahead with space in your luggage! 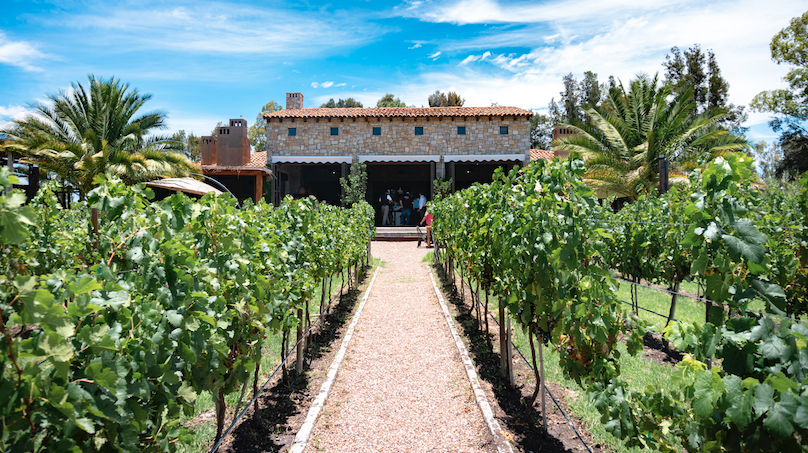 Get Out of Town

In the area surrounding San Miguel, you’ll find ranch hacienda wineries and even be able to follow a wine route, discover a village that’s the cradle of Mexican independence and taste its famous ice cream in some unheard-of flavors, relax in natural thermal pools, as well as explore other artists’ colonies and cultural centers with festivals and shows that fill the calendar of residents and visitors to the Mexican Highlands. 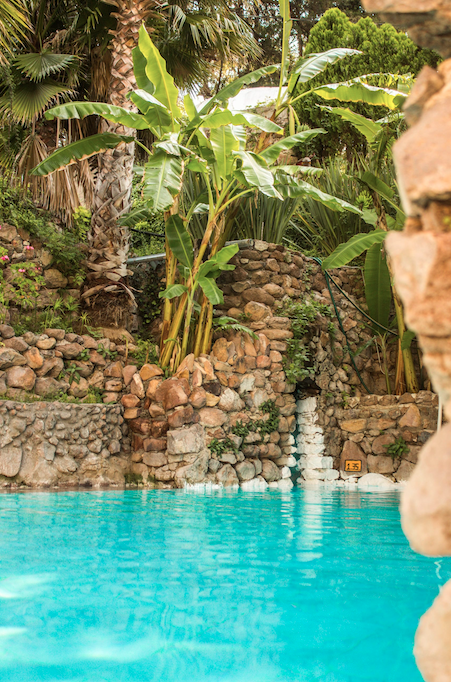 *San Miguel de Allende was named “Best Small City in the World” in the 2013, 2017, 2018 and 2020 Condé Nast Traveler Readers’ Choice Awards; over 700,000 readers cast votes pre-COVID to determine 2020's awards.
Images courtesy Visit San Miguel
Copyright BestTrip.TV/Influence Entertainment Group Inc or Rights Holder. All rights reserved. You are welcome to share this material from this page, but it may not be published, broadcast, rewritten or redistributed.

Up to 35% Off Princess Cruises During its "Best Sale Ever"

Solo Travelers: Save up to 75% off Single Supplement on Abercrombie & Kent Luxury Tours and Cruises