Are Disney Parks Re-opening? And A Taste of Disney at Home with a Recipe for a Favorite Disney Treat

Can you take a Disney family vacation this summer? The answer is not as simple as you might wish (…upon a star… See what we did there?)
Disney Parks have multiple locations in both the US and around the world. Asian Disney Parks have successfully re-opened already. In the US, the company had announced it would begin a phased re-opening in July.

Masking Up and Other New Health Measures

Be prepared for changes to your next Disney experience. The company has implemented new measures that increase sanitation and reduce contact, including mandatory advance ticket booking, social distancing in line ups, on attractions and in venues, as well as temperature checks and face masks for everyone over the age of 2. (Get full details from Disney Parks’ Chief Medical Officer here.)
Even with these new protocols in place, with Disney Parks located in two of the biggest current COVID hotspots in the US: Florida and California, fans, season pass holders and travel industry observers had been waiting to hear if those opening dates would be pushed back, (like we’ve seen in other travel sectors).

And in fact, that’s what's happening in California. Citing the high volume of new cases in the state, and taking employee concerns into account, Disneyland re-opening has been put on hold, with no new re-opening date yet set.

In Florida, there’s a different story. Disney World is still on track for its partial re-opening July 11th, beginning with Magic Kingdom and Animal Kingdom Park, followed in a few days by EPCOT and Hollywood Studios. Other area theme parks have already opened, including Universal Orlando and SeaWorld Orlando.
Even though Disney World is opening, with international and even national travel still restricted, it primarily accommodates guests who can drive there.
So it looks like most families looking for a chance to pose for a pic with Mickey and the gang or immerse themselves in their favorite Star Wars scene or superhero universe will have to wait just a bit longer.

You can drum up a little Disney magic yourselves at home, though. Like other travel companies during COVID, Disney has shared a recipe for one of the most popular treats found at all its parks around the world.
Churro bites are irresistible, and a sweet snack you can make in the summer heat without turning on your oven! 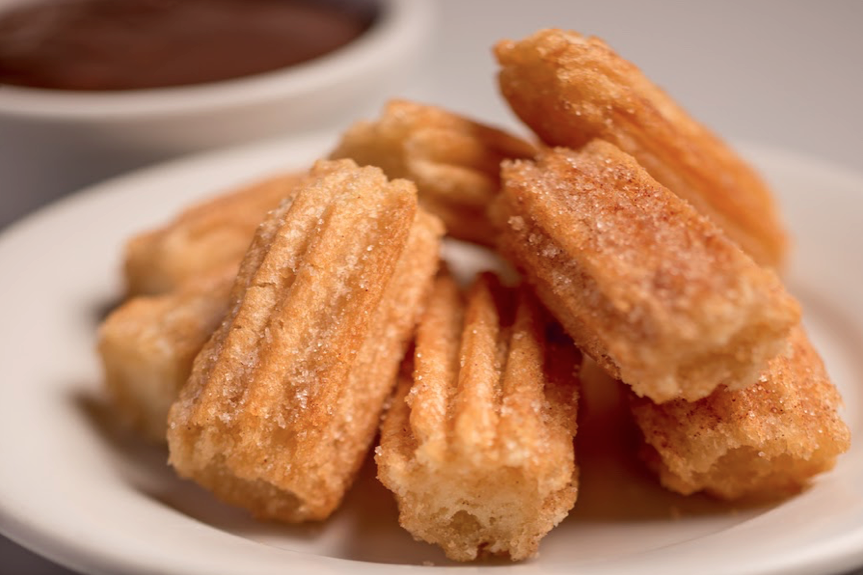 Ingredients
Method
(You can follow Disney’s helpful video here, if you’d like.)
Making these churro bites isn’t the only way to get a taste of Disney from home. You can snack on them while you’re online enjoying Disney’s special virtual viewing of the all-new “Magic Happens” Parade at Disneyland park, the behind-the-scenes tour of Walt Disney Imagineering or a creative at-home recreation of Kilimanjaro Safaris at Disney’s Animal Kingdom.

Images and recipe courtesy Disney.
Copyright BestTrip.TV/Influence Entertainment Group Inc or Rights Holder. All rights reserved. You are welcome to share this material from this page, but it may not be published, broadcast, rewritten or redistributed.