Made You Look: The Quirkiest, Most Creative Tourism Marketing Campaigns of 2022

Now that we’re traveling again, destinations around the world have been wooing visitors back – with promotional videos from the weird to the wild to the wonderful that have been vying for the attention of international travelers like us.
In 2022, did any of these campaigns make you look - or want to book?

Iceland Wants to “Out-Horse Your Email”

In a clever play on the word ‘outsource’, in its not only quirky, but incredibly cute video, Iceland promises to 'out-horse your email' to Icelandic ponies that have been trained to write your out of office reply while you’re on vacation in Iceland so you never get distracted from your exploration of the country. (Image, top, via youtube.)
CLICK HERE TO WATCH THE VIDEO
'Nothing ruins your vacation like work,' explains the video, before showing seven adorable and iconic Icelandic horses hoofing it over a giant keyboard and typing emails with their toes. They’re joking – but not joking! On the tourism board’s web site dedicated to the gag, you can actually pick one of three horses to write your own out-of-office email. Visit OutHorseYourEmail.com to try it!

In a tie-up with Hallowe’en, Sweden’s creative campaign called ‘Spellbound by Sweden’ includes a two-minute ‘horror’ film with ‘Sweden’ as the narrator, explaining “this place is my soul,” as she tells the tale of a man visiting a forest and encountering a traditional Swedish folklore character of an irresistible forest nymph. 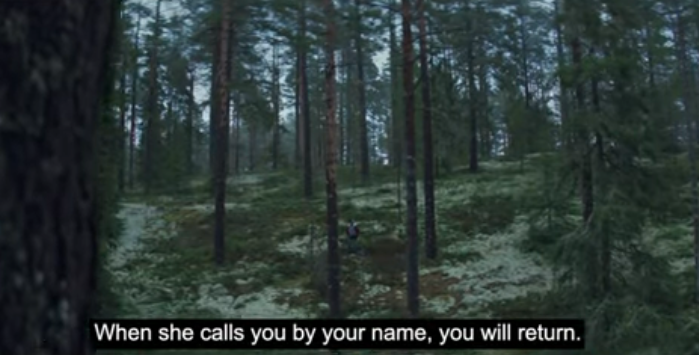 CLICK HERE TO WATCH THE VIDEO
The twist on dark storytelling ‘Spellbound by Sweden’ web site explains: “We’d like to invite you to experience our country’s nature in a way you’ve never done before. Sweden’s nature has always been an integral part of our culture and played a central role in Swedish folklore. Inspired by this heritage, internationally-celebrated author John Ajvide Lindqvist has brought some of our mythological creatures to life in a chilling tale and audio story – only available for listening to in our Swedish nature.”

Admit it: you didn’t know the capital of Lithuania! The lesser-known destination is playing up its under-the-radar reputation by inviting people around the world to celebrate its 700th anniversary in 2023, even if they don't know what or where Vilnius is!
CLICK HERE TO WATCH THE VIDEO
'After most of the world forgot Vilnius' last 699 birthdays, we came up with a solution for its 700th,' the cheesy, late-night infomercial-style video says, offering up a 'belated birthday e-card collection,' with the video displaying various cards before asking you to send your own, “shamelessly and in style,” which you can actually do at this web site. 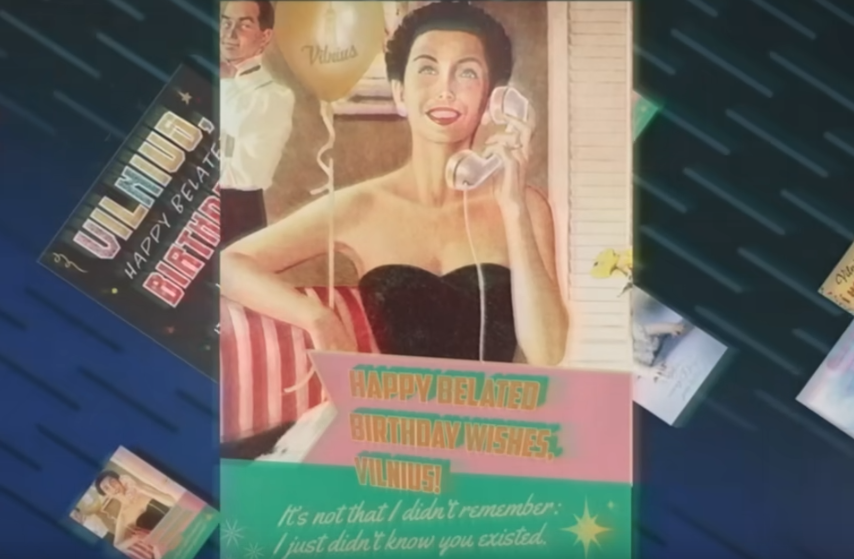 This isn’t the first quirky tourism campaign from the city that’s trying to put itself on your travel map. Previous campaigns have called the city 'the g-spot of Europe' and rewritten a Christmas carol.

Vienna: The Way to your Heart is Through your Stomach

The capital of Austria is playing up all the stomach clichés: the old wives’ advice that the ‘way to a man’s heart is through his stomach,’ Napoleon Bonaparte’s famous quip that an army ‘marches on its belly,’ and in its own short film, Vienna tourism gives visitors permission to travel on their bellies, playing up its culinary reputation.
Vienna is giving visitors permission to let themselves go during their trip to the city, with the hero of its video a walking belly (yes, that's right), which has left its fitness-focused human, Harry, because he no longer feels welcome.

Visiting Vienna’s iconic destinations and enjoying lots of food, eventually, the Belly is reunited with Harry, and they together enjoy a Viennese restaurant. 'The most beautiful way to love yourself is to indulge,' the video ends.
CLICK HERE TO WATCH THE VIDEO

Anne Hathaway and Roger Federer parkour-ing across Swiss glaciers? Synchronized swimming through a crystal-clear lake? You won’t see that in this video by Switzerland Tourism. The video portrays a film screening session where the American actor and Swiss tennis great are viewing a theoretical tourism video in which they both star, and have performed crazy feats. 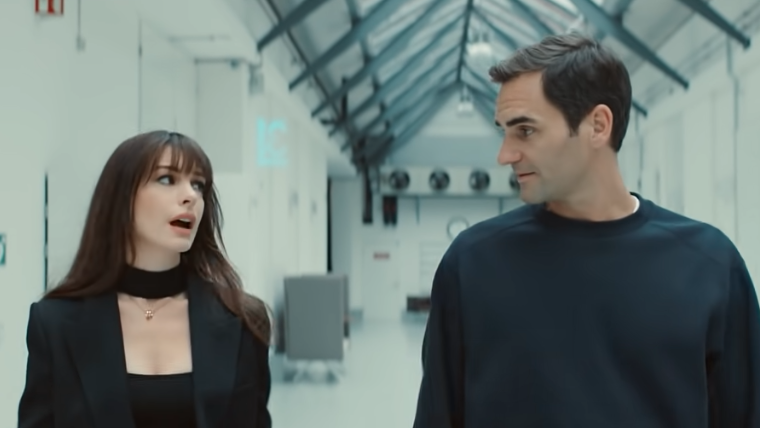 CLICK HERE TO WATCH THE VIDEO
But the director has chosen only all the heroic wide shots of the scenery, with the two celebrities indistinguishably tiny in the shots, proving that even Roger Federer and Anne Hathaway can’t upstage the incredible vistas of the Grand Tour of Switzerland, a 1020 mile road trip taking visitors to 46 top attractions and past 22 lakes, 5 Alpine passes and 13 UNESCO World Heritage sites.
Find out more about the Grand Tour of Switzerland - and Switzerland’s celebrity spokesperson Roger Federer’s favorite
places at www.myswitzerland.com/roger.

In another celebrity mash-up that is a tourism take on Toy Story, Australia tourism’s quirky animated video, titled 'G'day,' stars Australian actress Rose Byrne as Ruby, a toy kangaroo (which of course, is one of the country’s iconic creatures) and Canadian actor Will Arnett as Louie, a toy unicorn (which isn’t a real creature at all, let alone Australian or even Canadian).
CLICK HERE TO WATCH THE VIDEO
The two stuffed animals escape from a Great Barrier Reef gift shop and travel to scenic Australian destinations like Nitmiluk Gorge, Uluru, the Great Barrier Reef and the Sydney Opera House. 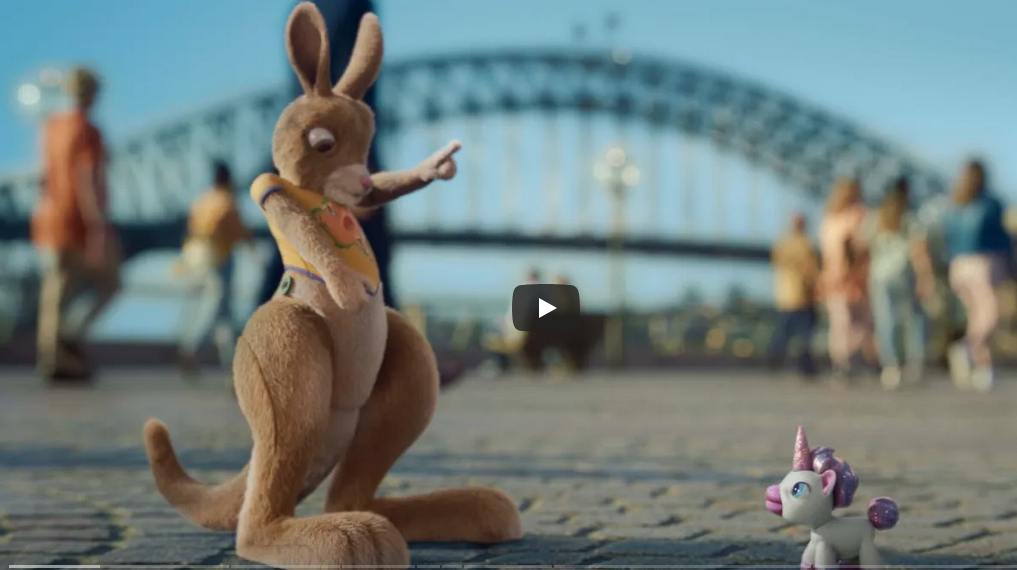 'Down Under, 'g'day' is the start of every good adventure,' explains Byrne at the end, in real life. 'It's our way of saying, 'If you're not a friend yet, you will be, mate.''

The People - Literally – ‘Make’ the Destination in the Philippines

No celebrities – and no actual scenery. The Philippines took a different approach with its video, deciding to not actually show any real imagery of the actual country. 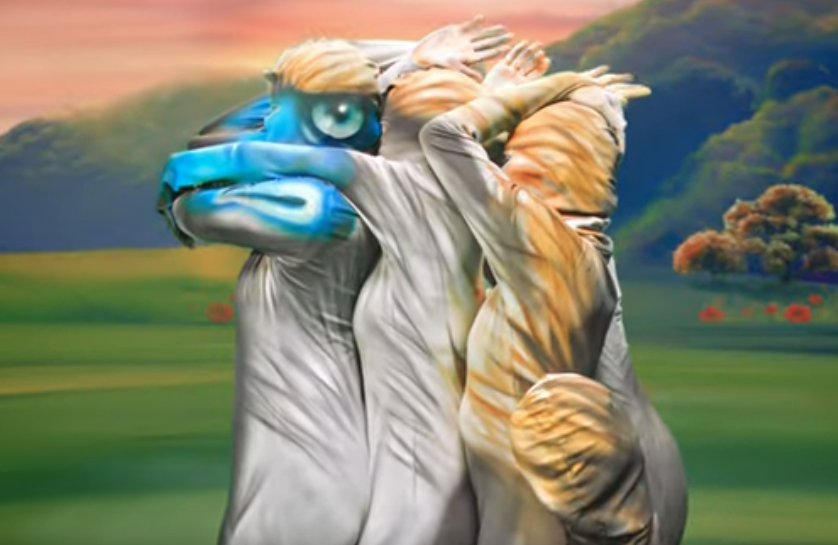 Instead, dancers in second skins move in choreographed formations to recreate some of the country’s famous landscapes, projected in color onto the dancers’ bodies, to communicate to viewers and visitors that – literally - “The people make the destination – it’s more fun with you”.
CLICK HERE TO WATCH THE VIDEO

All the audio was recorded in 23 locations across the Philippines, from crashing waves in Samar to mountain hikes in the Cordilleras to T’boli instruments from South Cotobato.

All images via their respective tourism authorities' videos on youtube.
All rights reserved. You are welcome to share this material from this page, but it may not be copied, re-published, broadcast, rewritten or redistributed.

Save up to 50% on a Festive, 5-Star Family Holiday at Nickelodeon Hotels & Resorts