The Hotel with the Best Views of Buenos Aires

They call Buenos Aires the ‘Paris of South America’. Historic neighborhoods of elegant, whitewashed buildings with ornate wrought iron trim, its reputation as the global capital of theater with 280 theaters, more than any other city in the world, and the world’s biggest boulevard, lined, like the grand boulevards of France’s capital, with monumental buildings… all add up to a distinctly European feel in Argentina’s capital city.
The hotel with the very best view of Buenos Aires has to be the Hotel Panamericano Buenos Aires, with its prime location on July 9 Avenue. Called the world’s biggest boulevard, July 9 Avenue commemorates the country’s independence day and stretches 3 km long, and a whopping 18 lanes across!
The Panamericano hotel’s twin towers are in postmodern architecture, but the hotel still manages to evoke the classic French style of this neighborhood of Buenos Aires, with black and white marble floors, wrought-iron railings and details like a grand, brass-trimmed entrance onto the breathtaking July 9 Avenue. 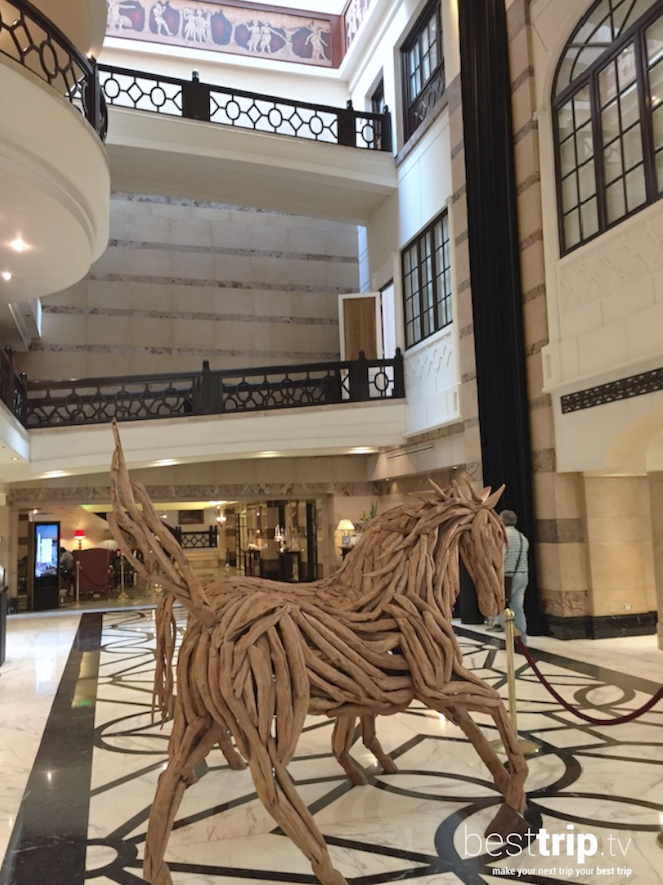 (Paris meets South America: black and white and wrought iron railings; driftwood horses reminding guests of Argentina’s rich, ‘gaucho’ equestrian rancher lifestyle and lore).
At the same time, the Panamericano is true to its Argentine homeland, including one of BA’s most renowned restaurants serving wine and locally ranched beef, lamb from Patagonia and other uniquely Argentine flavors. 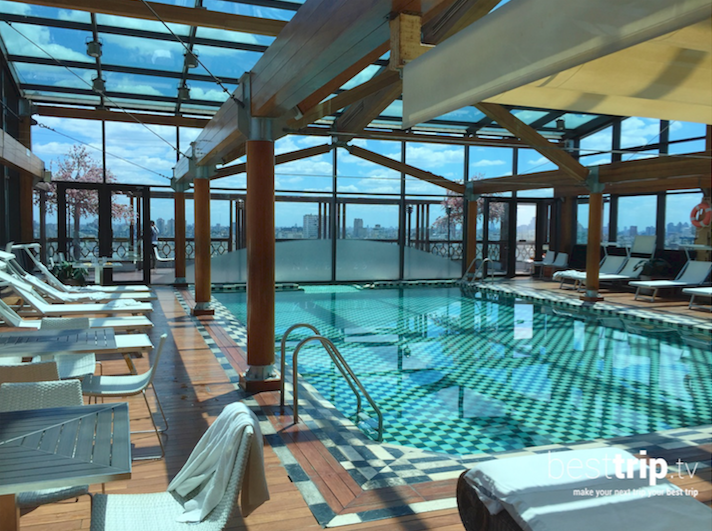 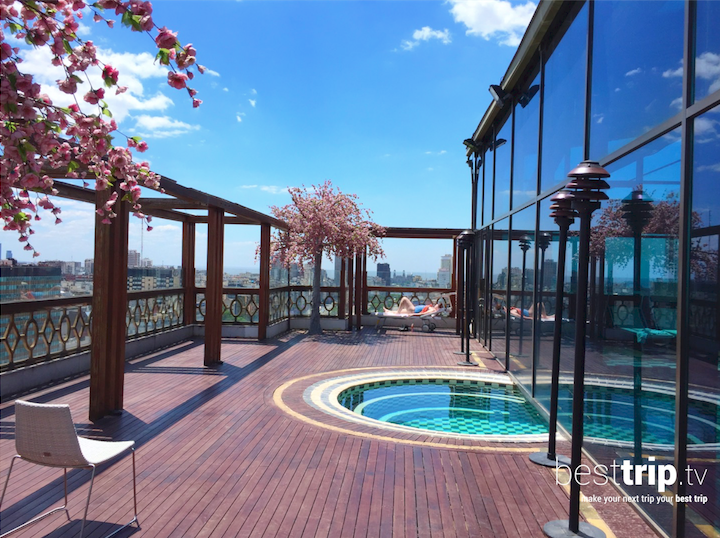 The Panamericano’s 23rd floor has two attractions: Nivel 23 Club and Spa, with its glass-encased rooftop swimming pool, and an open-air terrace overlooking July 9 Avenue – arguably the best view in BA of the city’s signature boulevard and the other emblems of the Argentine capital along it.
Rising out of Republic Square in median of the boulevard right outside the Panamericano, the dramatic, 67 meter (220 foot) Obelisk marks the spot where the Argentine flag was flown for the first time in the capital. (And it also feels like a South American version of Paris’ Place de la Concorde, with its own obelisk).
Also in full view of the Panamericano is Teatro Colon, ranked one of the top three opera houses in the world, and seating more music lovers than London’s Royal Opera House in Covent Garden. Acoustically magnificent, this Historic National Monument is also visually glorious in ornate, late 19th century style, with red and gold décor and a famous chandelier.
The Panamericano couldn’t be in a better location. It’s in the heart of Buenos Aires’ most noteworthy architecture, domes, century-old buildings, modern skyscrapers. It overlooks BA’s landmark obelisk, Colon Theater, the Palace of Justice from its privileged position on the July 9 Avenue. 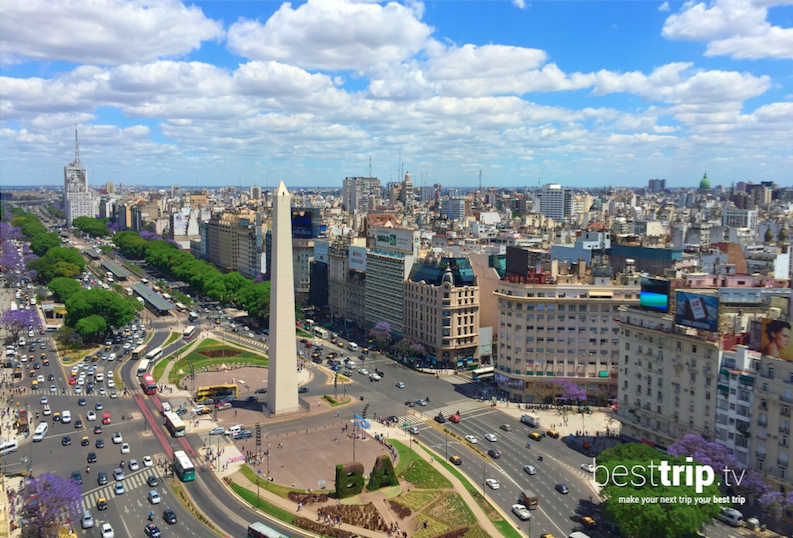 And the hotel is also only a 10-minute walk from the fashionable neighborhood of Recoleta. That neighborhood’s grand cemetery is a fascinating attraction with its decorative, historic crypts. There’s a constant stream of visitors past one in particular: the final resting place of Buenos Aires’ most internationally famous citizen, Eva Peron, immortalized in Evita!, the Andrew Lloyd Webber musical about the life of Argentina’s former first lady.
In addition to sightseeing, the Panamericano is the perfect base to take advantage of Buenos Aires’ theatre scene, immerse yourself in the tango music and dance, indulge in Argentina’s world-famous wines and beef from its ranches.

Copyright BestTrip.TV/Influence Entertainment Group Inc or Rights Holder. All rights reserved. You are welcome to share this material from this page, but it may not be published, broadcast, rewritten or redistributed.